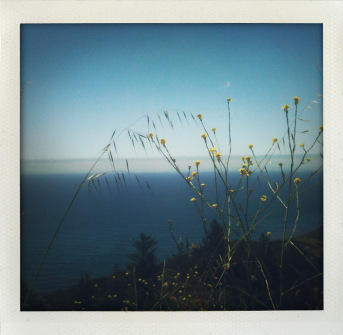 I’ve been so busy this past month or so that I’ve hardly had time to write a proper blog post. I think I’ve even skipped a few weeks. And though I’m busy with good artsy stuff, it is not an excuse to put all the other things on hold. The things I’ve been kinda sorta saying to myself I’d think about after the new year– because what better excuse than the New Year to buckle down and get things done? But I know myself, I have to just DO. Too much time is wasted in the waiting for the “next time” to do the things on my list. So, slowly but surely, over the past few weeks I’ve been making a list and checking it twice, of what I want to prepare BEFORE 2012 arrives.

1. Renew Showfax: I know, shame on me that I even let it expire in the first place. But I don’t have it on auto-renew because, well, Im poor. And I waited to renew because I was so busy that I wasn’t submitting anyway. Figured I’d save myself a few bucks. However, the longer I didn’t renew, the longer I’d have an excuse to not submit and therefore not audition and therefore not book more things to keep me busy.

2. Revise Resume: This one’s a pain in the ass only because there’s not only the resume I physically hand to a CD, which I can easily update on Word, but there’s also the version on my website, on LA Casting, Casting Frontier and Actors Access. Ugh. But I have to suck it up and update them!

3. Revise Reel: Fortunately I’ve been a part of 3 projects in the past year that I can use footage from to add to my reel. It’s just a matter of tracking down all the footage, deciding what I want to use and then re-edit my reel. I’m workin’ on it…

4. Order Postcards: This is a big one for me. I know many, if not most actors have this already so they can keep in touch with CDs and do mailings and whatnot. For one reason or another (fear) I have yet to get my first ever postcards made. In the back of my mind I kept saying that there was no point in getting them until I start doing CD workshops. But I realize, that I’ve also been saying that there was no point in doing CD workshops until I have the postcards to keep in contact with them.

5. Sign up for CD Workshops: As I mentioned above, fear has held me back in a few areas of furthering my career. I’m willing to admit that I’ve been afraid to sign up for CD workshops. I’d taken them a couple years ago when I don’t think I was ready and I haven’t done one since. But it is time. I need to put myself out there more. If I can put myself out there on a stage, I should be able to do it in a casting room.

When It's Dangerous to DreamIn "advice"