The Power of Movement to Move 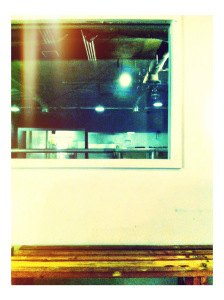 dance studio at one of my favorite places to move, The Sweat Spot

The past month I’ve had an increase in movement in my life. I started taking a sparring class, and though my knuckles are raw and my muscles are sore, I feel fantastic. I’m honing in on my power, gaining confidence, and building strength. With my awesome theater company, The Vagrancy, our last actor workout was a devised theater piece mostly based on physicality. I’ve also been taking this incredible acting class with Steppenwolf, which is mostly based on the Viewpoints technique. The class is opening myself up in ways I never thought possible and it’s blowing my mind! All this has me thinking a lot about movement and the power of movement to move you.

Movement is not thinking, it’s doing. Movement is inherently visceral. It taps into your core. I’ve always been a believer in the connection of the physical and emotional. If I’m not in a good place emotionally, it’s no surprise to me that this feeling will manifest itself in a sore throat or stomach ache. When I’m feeling in really good shape, or just got out of a killer dance class, I also feel incredibly happy! It’s all one and the same.

And so it is with acting. I think it’s really important to be in touch with our bodies, not just to be fit and healthy, but to be able to convey moments, scenes, characters more truthfully. You could tell a whole scene without its text and it could be just as powerful, if not more. You can discover new things about your character through movement. Movement shakes shit up– yeah, literally, but also inside. I’ll find myself tearing up within in the first five minutes of a Viewpoints exercise just because it’s loosening all that stuff in me, in my core, that is typically bottled up to get along with my day to day. But acting isn’t day to day. It’s pivotal moments. It’s conflict. It’s ordinary made extraordinary. It moves you.

I have been in and out of various different acting classes since the first time I laid foot on a stage. That was exactly 10 years ago. I’ve realized, over this past decade, that I can only go a certain period of time without a class. Usually, it’s around 7 months. Then I start getting this itch to get back into a studio. The reason I don’t stay in a studio all the way through is because I usually reach a point where I feel like I’m not gaining anything. It’s like I’m not really listening anymore. I need a break. (As does my bank account!) And I think it’s good to take breaks! It’s a good reminder to not get caught up in just the studying of acting but to follow the actual pursuit of acting. Of course, it’s also good to be able to do both. Stay in class, work on your craft while simultaneously going out in the real world, auditioning, making projects of your own, doing theater, etc.

It feels about that time. I’m itching to delve into some serious scene study. However, not sure if my current schedule will allow it. I’m going to slowly look into some classes and will post what happens with that! 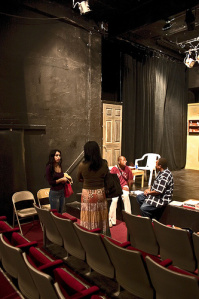 Is it cruel that it costs TONS of money to begin a career as an actor and takes FOREVER before you see any of the return? Oh well. What are you going to do, right? They don’t call us starving artists for nothin’

Because it costs so much money and our dollars are so precious, it is really important to research every little thing you invest in (just like in other aspects of your life, right?) As an actor some of the things I have invested in, which I believe are the bare essentials, are head shots and  classes. This post is about the latter.

Acting classes in LA run about $300/month, on average. This is for your standard once-a-week scene study class, be it geared towards theater or film or both. Unless you’re independently wealthy or have the most awesomest parents in the world, $300/mo every month adds up and you might want to think twice before just signing up for any ‘ol class. That’s why it is SO important to audit. Sure name-actors on the class roster, or a famous acting coach can lure you in, but don’t let it fool you. Not every studio is for every actor. You really do have to find the one that will work for you in that particular moment of your career.

Years ago, when I was first testing the waters, I joined Carter-Thor studios after a strong recommendation from a dear friend and auditing his master class. I probably should’ve audited other classes to compare, but it worked out because Carter-Thor was wonderful and was just what I needed at that time. Two years ago when I tested the waters again (took a lot of testing before I went for the plunge), I really took auditing seriously and checked out three “name” studios (Larry Moss, Howard Fine and Ivana Chubbuck). After making my rounds, I chose Ivana Chubbuck. Yes, the “name” was important to me to have on my resume. Also, I read her book and I was interested in applying another technique, especially now that I’d found a balanced approach to acting techniques (my time at Atlantic Theater Co was not so balanced, maybe a post on that later). I learned a lot while at the studio and it was good for me then. Right now I’m on a little acting class break but I always get an itch to jump back in every 6 months or so.