But artists don’t organize… we create! Who has time to file papers, write down emails, keep lists of resources, contacts, and so on?

Apparently, I do. And it’s helped me a great deal. Organizing keeps you focused and driven. About a year or so ago, I started this Notebook. It was to be my Everything Acting Notebook so that I could physically see on a page how my career has taken shape and continues to grow. With a creative career such as acting, where essentially you are your own boss, it’s difficult to measure your progress or growth and this can be tiresome… leave you with that relentless feeling of “Am I ever doing enough?”. While others can work their way up from Jr. Account Executive to Senior Account Executive, we can go from featured extra on a music video to lead in a webseries right back to featured extra on a TV show.

This Notebook is divided into 4 sections:

Here I would write notes from whatever scene study class I was in at the time- be it general acting notes or notes on the scenes I was working on. I’d also would have notes from workshops and audits.

This section covered a wide range, like books to read; clippings of cool film festivals; names, addresses, numbers and notes on various acting studios and talent agencies; list of all important acting websites; massive list of LA theaters; and much more!

This is like the golden address book, where I have the name, number, email and any specific notes on my connection to them, of anyone and everyone I’ve come across who is related to acting, producing, filmmaking, theater, writing, etc.

I use this section for newspaper and magazine clippings of inspiring stories from people who are going after their dreams, and relevant cutouts from the advice column of BackStage.

In fact, as I’m sure you can guess, this notebook was much of the inspiration for this blog. I figure, why keep all that juicy information to myself and just spread the wealth? 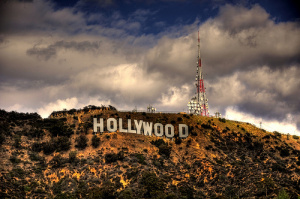