Don’t Be the Victim 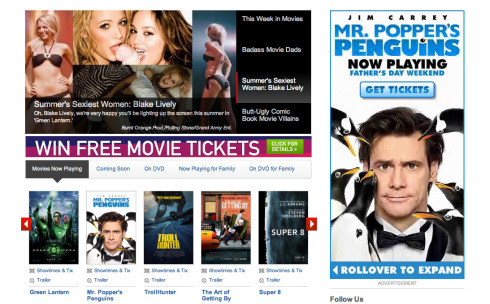 As a woman, and as an ethnic woman (or should I say, ethnically ambiguous), creating an acting career in Hollywood can be a tougher objective than for other actors who are, well, male or white. Well, if you want to look at it that way that is…

I’ve found myself in many, great, intelligent, heated discussions about what it means to be a female writer/actor/producer/what-have-you in LA and also, what it means to be doing it when you’re not white. I think these are great, important conversations to have. In fact, I will be moderating a panel with different theater artists on just that — “Normalizing Diversity“–  during this year’s Hollywood Fringe. For you LA folks- it’s happening tomorrow at 3PM at Theatre of NOTE and I’m nervous as hell about it (I’m trying to push myself out of my box) so y’all better show up and support =) But, I digress. So I have a lot of these talks with fellow actors and, though I think it is always important to have a critical mind, I also think it can be dangerous to get stuck in this negative mind set if you let it paralyze you. Two weeks ago I talked about the lack of kick ass female roles in Hollywood. Browsing the front page of Moviefone to decide what movie to watch over the weekend, this was even more evident. Almost all of the films had a male protagonist or practically all male cast. Also, most of these casts were all white. And, of course, a slice of mainstream media would not be complete without a little classic objectification of women (see that nice feature up top “Summer’s Sexiest Women” including two girls licking the same ice cream cone? Gimme a break).

Let’s just have a mini roundup of the ones listed on Moviefone’s homepage, shall we?

Am I sensing a pattern? Now, let’s get this straight, all of these can be fine movies with fine actors. I’m not saying they are bad or shouldn’t have been made. BUT they do not represent our community as a whole- not here in LA, not in CA and certainly not in America. There are female writers and directors out here and there are a shit ton of diverse, talented actors here as well. The problem is not one film, or even these five films, but the sheer multitude of films (or plays for that matter) that get produced and put out to the mainstream that are just like these- the story of a white male by a white male.

Ok, that’s the critical mind part. Very important. We must be aware of the general market of the business we are in. And we should be watching the tv shows/films/websisodes/what have you that are getting made. HOWEVER, if I were to only look at it as “boo hoo, no female roles, no mixed-races, no parts for me!” then I’m in trouble. Because, well, let’s be honest here… no one was pulling my arm to be in this business. No one is making be do this. I CHOSE to be in it. I want to be an actor. So, what’s a half-Japanese-quarter-Hungarian-quarter-Irish-but-looks-Mexican gal to do?

Well, make my own work for one. I am completely in control of the parts I write, the work I produce, the way it is cast. It’s not very productive to just complain what isn’t available if I’m not making it available for myself. Yeah, I could say it’s too hard, too-this, too-that, but then, shit, I shouldn’t be doing this then. Career building IS hard. Acting or otherwise. And, second, patience. I know I’m not the only person who feels this way, so I will meet the others who do. As I continue to stay in this business I will meet like-minded people (already have) and collaborate with them, hear about their projects or their friend’s of friend’s projects or participate in workshop sessions for plays and movies where the producers and writers want to hear feedback and I can give my honest opinion and whether or not they take it in the end, little by little, my voice is getting heard in all of these different ways…

I’m in it for the long haul, so I might as well carve my own path.

Racially Blind Casting… or, not?

As a Japanese- Hungarian-Irish woman who type casts as Mexican, I am so very torn on the issue of ethnically-specific casting versus blind casting.

I think, in terms of the bigger picture, if a theater company wants to expand and diversify their membership, then perhaps ethnic characters are a good way to do that. If the play calls for ethnically specific roles, which our group cannot satisfy, then it is a perfect opportunity to reach out to a theater community who might not be as aware of our company.

But that means I can’t play the Mexican. And that is almost all I play.

Read full post here at the Diversity at NOTE blog 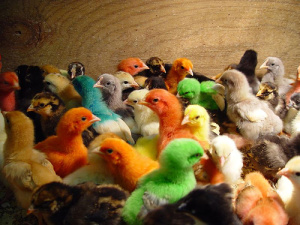