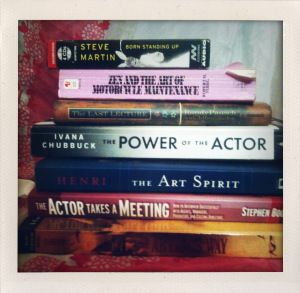 It never hurts to expand the mind with some good ‘ol fashioned reading. It also never hurts to improve your acting and career in more ways than one. (Like, seeing plays and not just acting in them or attending art galleries or creating your own artwork, writing or reading!)

Here are some books directly and indirectly related to acting that are worth looking into. Some are inspiring, some are informative, some are just plain entertaining and some are all of the above! (like Steve Martin’s memoir)

The Artist’s Way by Julia Camron

Respect for Acting by Uta Hagen

The Art Spirit by Henri

The Power of the Actor by Ivana Chubbuck

Born Standing Up by Steve Martin

The Actor Takes a Meeting by Stephen Book

The Last Lecture by Randy Pausch

Zen and the Art of Motorcycle Maintenance by Robert M. Pirsig 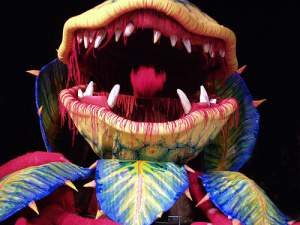 Welcome to The Scene Partner, my latest form of procrastination, which I can justify because it is still related to my career: acting.  And if you’ve reached this page, I’m assuming that’s what you’re doing as well.

So, you want to be an actor. Great! Now what? That’s what I asked myself a million times from the first moment I realized my dream. I’ve been searching for answers ever since. I’ve also been searching the blogs and haven’t found anything comparable to what I intend to do with The Scene Partner: A comprehensive site with everything from acting classes to theater houses to documenting my own progress from Dream to Career.

I figure, while I learn to navigate the unpredictable acting scene, finding answers, it couldn’t hurt to share the knowledge. If there’s one thing I’ve learned thus far, it’s that there is no simple How To Guide, no 1-2-3 easy to follow steps, and no ladder to climb. The only thing you can do—and must do—is COMMIT.  That’s half the battle. For the other half, I don’t know, read my blog and we can find out together…