Just when I thought it would die….

it came back up like a wild fire that began with a single ember. 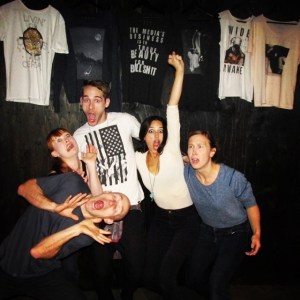 The other month I posted about my feeling of defeat. The immense weight of a passion unfulfilled, of a passion no longer. It was an existential crisis of sorts, what do I do if I don’t act? How do I organize my life without the one thing that has been my driving force since I was seven? I got dangerously low on that fuel gage. I let the empty light flash for quite a long time and I was going to let it just… run out of gas and die on the side of the road. I didn’t know how I’d get moving from there but I didn’t care. I’d just let it run its course.

But then something saved me. I reluctantly kept submitting on Actors Access, LA Casting even though my heart wasn’t in it. I’d get auditions, call-backs and then the road would end there. I was like call back queen and it started to get on my nerves. One such project was a random theater gig in Downtown LA. I didn’t think much of it as I attended the audition and then, a week later, the call back. In my defensive mode, I wrote it off– yet another gig I wouldn’t book.  Whatever. Who cares anymore. I even let my Actors Access account expire. A couple of weeks past. See, I thought, figures. I was proved wrong. I got the part. However, I still wrote it off as a meaningless project. I belittled it, but what I was really doing was belittling myself. I even debated whether or not to accept it even though the last three months was a string of no-shows when all I wanted was to perform. Fortunately, I said yes. Luckily, it was the exact experience I needed at  precisely the right time. I was able to re-fuel.

The theater project, produced by a cool LA-based indie clothing company, involved devising six short plays from conception to script to stage. The five of us “collaborators” would meet three times a week for three hours every week for seven weeks, brainstorming, improvising, writing, directing and creating this brand new show from scratch. I felt like a kid again, reminded of the simple joys in acting– the invention, the play, the camaraderie. This is why I fell in love with theater in the first place. Why I was hypnotized by a high school production I happened to see years ago, and why I decided to pursue this crazy passion despite all the fears I had surrounding it. After seven weeks of working together with an ensemble, playing stupid games that anyone outside the world of acting would find embarrassing or crazy or both, writing parts for ourselves, stepping into multiple characters’ shoes, I fell back in love with acting. By the final night of our brief four-night run, I realized that I do love acting, that I am good at it, that it’s worth doing. DUH.

I’m awake now. I have drive. I’m writing like never before. I have a new idea that I’m itching to get off the ground. I’m in a kick-ass theater company.  I renewed my account. I have an awesome manager.

Give it your all, and then let it all goIn "auditions"

You Get What You Wish ForIn "inspiration"