Not Another Dead Blog

You totally thought this was just another blog corpse rotting away on the world wide web, didn’t you? Well, my faithful readers (yeah, all 3 of you!) I’m here to assure you that it is not. I simply needed a break. Well, really, I didn’t have any time! Producing ShortLived has taken over my life. Usually, the busier I am, the more productive I am. But with ShortLived I have somehow lost the ability to multitask! Not good. As actors that is like the most valuable skill we can have! Forget acting ability or memorizing lines. No, multi-tasking is the best skill to master! Why? Because we are our own boss, our own employee and in many cases our own agent, manager, etc. Even if we do have those things no one cares more about your career than YOU! So, that means… you need to be able to produce your own work, but not lose sight of submitting your own auditions, and not forgetting to finish your own script, and not neglecting those networking events, and not letting your reel outdate itself and not letting your headshots and business cards gather dust. That’s right, there is work to do! ALWAYS.

And let’s not forget other aspects of your life. Afterall you cant miss out on friends and fun and relaaaaxation. Those three have kind’ve been missing (which isn’t to say I haven’t been having a blast doing ShortLived, cuz I have!) and I’m tired of my own excuse “been so busy!” I’m going to work hard on keeping more of a balance… 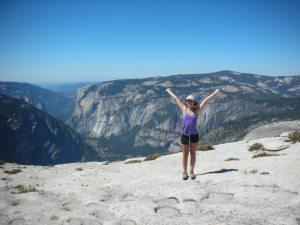