Newsweek magazine has this awesome online feature around Oscar season each year, which somehow I only became privy to recently, called “Oscar Roundtable“. It takes a handful of the oscar nominated actors of the year, puts them all at a table and interviews them, attempting to instigate a more candid dialogue about the trials and tribulations of acting.
Unfortunately, it’s divided up into about 10 clips, each around 5 minutes and beginning with the obligatory 30second advertisements. But, I got kind of addicted. One of my favorites of the videos was of Colin Firth drawing the hilarious yet very true comparison of actors to babies.

Other actors of the roundtable, Annette Benning, Nicole Kidman, Michelle Williams, Natalie Portman and James Franco also had some great moments. For someone following this dream it was really fun to hear little tidbits into how some of the top hollywood actors work.

Yesterday was the Oscars, but I was busy producing my play so I wonder who won!

This career is all about the baby steps. I really do think slow and steady wins the race (even though that’s not what the media likes to tell us). Sure the hare will sometimes get there before you, but I think more often than not it’s the tortoise that wins out in the end.

It’s tough though, because there aren’t a lot of markers to mark your progress. That’s why you have to get creative and constantly remind yourself or write down what you’ve accomplished, the many ways you are in fact steps ahead than you were a year ago.

Often it can feel like its two steps forward one step back. And maybe it is. This career is a roller coaster after all. There are days I want to ball my eyes out, get a “normal” job, pay off my debt and save money and buy a house and do the “normal” thing. And then there are days (there are more of these kinds of days) where I am high off life because I’m going after my dream, doing what I want to do even if I’m broke and have no signs of a next paycheck.

Some days it’s a lot easier to see where these steps are leading you and today was one of those days where I got to see the fruits of my labor, the direction I’m heading, how all those baby steps have been adding up: I got my official letter that I am now eligible to join SAG! I almost cried holding that letter in my hand. One of my goals for 2011 was to get that letter and little did I know how soon I’d get it! It made me feel so good. It made me feel this isn’t all for naught. 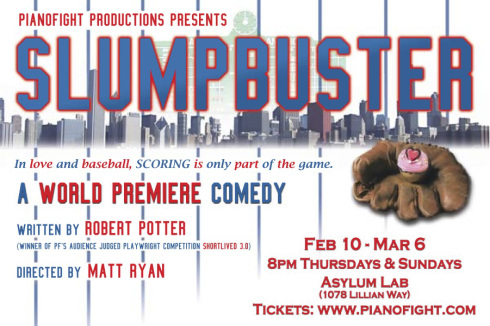 Two weeks ago, on a Wednesday night, I got a last minute phone call asking if I would be available to judge the 28th Annual English Speaking Union National Shakespeare Competition Thursday at the school I’ve been directing theater at this past school year and am currently directing a Spring Shakespeare show, in fact.

Exactly 10 years ago I competed at the same school in the same Shakespeare Competition and never did I think I’d be on the other side of that unnecessarily large table dividing the performer and the judges as a judge myself, complete with pen and clipboard and “esteemed” bio, which is read at the start of the competition. I got to give feedback to all the participants as a “theater professional”. It was surreal. And it was pretty cool.

These past few weeks I’ve been hard at work finding age appropriate, engaging and similarly themed Shakespearean scenes, monologues and sonnets for my  cast of 16 high schoolers. It’s been a challenge, to say the least. Fortunately,  I have a big fat edition of the Complete Works of Shakespeare, which I received as my prize for winning the very Shakespeare Competition that I got to judge!

And the winning monologue this year? Was the very same monologue I had performed that got me to the semi-finals at Marlborough High School, which I won,  and then to the Finals at the Downtown LA Public Library, which I won “alternate” (a nice way of saying second place).

What thrilled me most was to see these budding actors get such a wonderful opportunity to perform and cultivate a passion that could eventually wind up as a career- like me.