The Scene Partner is documenting my journey of this crazy career we call Acting. Well, part of that journey is self-promotion! Over the weekend, episode 3 of the webseries I’m doing went up on Youtube! Check out Ep 3 Mohammad Jenkins of the webseries Parker and Drusilla:

I’ve been working on this fun little project called “Parker and Drusilla” for the past couple months. Finally, our hard work (actually not hard work at all, it’s been loads of fun) has paid off and we’ve debuted our first episode! What’s great about the web is that I can share this with you instantly. It’s short and sweet and will hopefully make you chuckle. Check it out! Comment, Share and Rate it please. If enough of you do so then we’ll post more and more… and who knows, if I’m patient enough, maybe this will pay off in some way, shape or form too!

More Ways of the Web for Actors 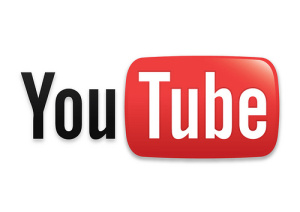 As I wrote about yesterday, it’s important to get yourself out there on the world wide web as an actor. The stronger your online presence the better. I briefly touched upon the different ways you can do that– one of which is going Viral. There is a great article on this, called 7 Steps to Creating a Viral Video.

With YouTube, Vimeo, FunnyOrDie, CollegeHumor, etc. there are plenty of ways to share a short video, gain viewers, fans, audiences and putting your unique sense of humor, brand of quirkiness, etc out there for the world to see. Not that your 2 min video is going to win your instant fame but it’s a way of creating your own work and the icing on the cake would be to get noticed. It’s really all about putting that creative energy out there because one day it’s going to come back to you.