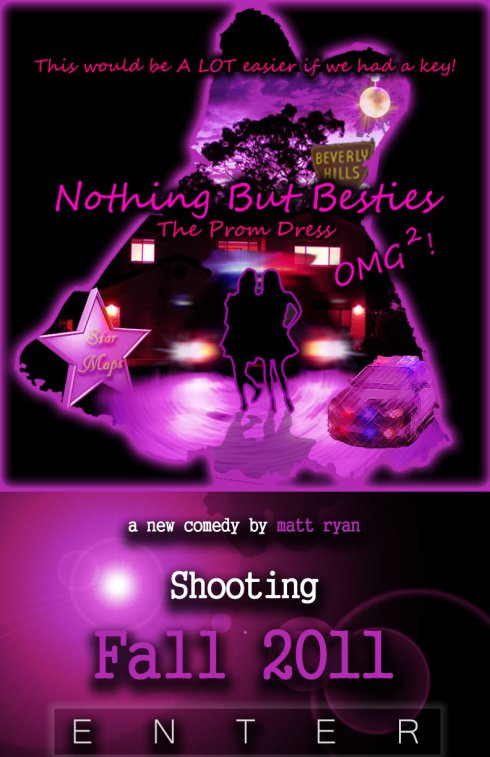 You never know what will lead you where in this crazy acting world. When you trace an opportunity back to it’s origin (all of the baby steps that add up), it’s kind of crazy, and also a testament to the fact that you should check your ego at the door and be open to anything, try new things with new people in new places, and, hopefully, be doing this because you love it. Just follow the passion. And when you do, you will get somewhere, I promise. I already see it happening with me.

Okay, so let me show you what I mean… My example is this, starting from the end result and traced back to the precise moment where it all started:

7. I was cast in a short film that will be shooting this October. I’m pretty excited about it as the character is very fun and I know that the director/writer/producer is one very passionate, thorough guy who will put everything he’s got into the making of this film.

6. He cast me because I was in his original stage piece that inspired this movie, originating the role that I will reprise in the film.

5. I was cast in his original stage piece because I was part of the production team, including him, that produced the playwriting festival, which his piece was in.

4. He was a part of the production team because I invited him, since I had worked with him before and trusted his work.

3. I worked with him before on another show of one-act plays with another theater company.

2. I auditioned for a new theater company I was unfamiliar with that I had submitted for on LA Casting and was called in to read the part in a new short play, which he was directing.

1. I went online and made my submissions to the casting sites for the day.

You could even fork the arrows up at step 4. and add another parallel path along side it:

4. He was a part of the production team because I invited him since I had worked with him before and trusted his work.

3. I was a part of a production team to invite him to because I decided to head the LA chapter of my SF theater company.

2. I was part of that SF theater company to begin with because I had auditioned and was cast in a play back in the summer of 2007 and never stopped working with them.

1. I saw an ad on Craigslist* and submitted.

And who knows how many arrows will stem back to point 7 of getting cast in the film? That is what they mean in this business when they say, “it’s who you know.” Not, like, if you know Spielberg or something, but if you know the regular every day artists like you who you meet along the way…

*I would never do that in LA, it’s just too risky with all the crap out there… a definite Red Flag!